Like so many this past New Years eve, I took Chris Brogan’s challenge to describe my 2015 in three words. I chose:

I thought an explanation of what these words mean to me and why I chose them was in order. Since the explanation is relevant to digital marketing, I thought I would share it with you. Here goes.

Before getting into detail about each of the words, you probably sense a common thread that binds them. You see, I have a big job–program director for both search marketing and structured content strategy for IBM. This means I set the direction and lead two teams of content engineers to help marketers from around our vast and complex company do a better job with content marketing, using big data. I’m also writing a book with my co-author Mike Moran about the insights I’ve gleaned in my journey to doing this job. To excel at this job (and the book), I need to develop new disciplines that expand my mind and make me more productive. In the past year, I’ve studied ways to do this and I want to put three of them into practice in 2015: mindfulness, flow, and authenticity.

My simplistic definition of mindfulness is the practice of taking the time and care needed to do everything well. From the simplest tasks–such as breathing and eating–to the most complex–such as learning a new piece on the guitar, practicing mindfulness is about doing everything deliberately, with thought and care.

Most of us live our lives on autopilot. We tune out during daily chores so that we can multitask and think about “more important” things, or just day dream. I continually catch myself thinking about my to-do list while making coffee and eating breakfast, for example. There is nothing inherently wrong with this. Some people think it is a life hack. We tell ourselves that multitasking is a way of squeezing more productivity into our days. Yes and no. We can sometimes do two things at once. But we can rarely do either of them well. At least this is what the leading psychologists are telling us.

Modern devices such as smart phones only make this multitasking more challenging. Now we squeeze in texting, email, Twitter and Facebook in those gaps in our days when we are doing something mindless. I’m astonished at how many people in New York City have their heads in their phones as they walk down the street. For some reason what’s in their phones is more important than getting to their destinations safely, let alone enjoying the sights and sounds of the city. I lost track of the times I’ve stretched an arm out in front of someone who was about to walk in front of a truck because they were paying attention to their phones instead of walking. I often wonder if they are just aimlessly scrolling through their Twitter feeds as they do this.

Smart phone use is perhaps the most vivid example of mindless behavior. But it is not unique to our device-centric lives. It’s part of the way we are built. Daniel Kahneman based his life’s work on the premise that our brains have two primary modes, which he calls System 1 and System 2. System 1 controls the stuff we do automatically, like walking down the street. System 2 controls higher reasoning, like anything to do with math. System 2 is slow and lazy, so we revert to System 1 unless we absolutely have to engage System 2.

As Keith Stanovich recently wrote in Scientific American, even when we should engage System 2 to solve complex problems, we are “cognitive misers,” meaning we tend to conserve mental energy when System 2 is called for. In test after test of highly intelligent, skilled people, they reverted to the easy System 1 answer even when it was wrong. It seems the tendency to avoid mindfulness is quite strong in our species.

60-Minutes recently did a spot on mindfulness in which Anderson Cooper profiled people who have changed their lives with the practice. In it, he showed that a lot of our disorder boils down to a lack of discipline about using our brains to do things deliberately, with purpose. Cooper focused on breathing, eating and walking. But I find it can be applied to any task we take to be a chore, especially those we struggle with.

Chores carry a stigma that says, “This task is beneath me. I should be doing great things. but I’m stuck doing this. Well, let me just get it over with.” When we take this attitude, we fail to derive any value from our more menial work, and we go on autopilot. This becomes a habit that infects other, more meaningful work. If you don’t stop the slow creep of cognitive miserly behavior, it begins to infest the work that should bring you joy.

Rather than making a dichotomy between System 1 and System 2, I find it’s more helpful to view our tasks on a spectrum. At the red end of the spectrum are breathing and eating; towards the yellow are simple chores like doing the dishes; on the green side of the middle are more complex chores like paperwork; and at the blue end of the spectrum is the work we love doing–in my case, writing and content engineering. It is convenient to divide the spectrum into two parts–System 1 and System 2–to mark off where things are done automatically or mindfully. If you practice mindfulness in breathing and eating, you can move up the spectrum, making everything you do more meaningful.

As the psychologists who study neuroplasticity show, focusing on the small things improves your ability to focus on the big things. My hope is that practicing mindfulness will help me do more excellent big things in 2015.

My simplistic definition of flow is a state of mind highly skilled practitioners get into when they are operating at peak performance on very difficult tasks, such as playing a virtuosic piece on the guitar. Mihaly Csikszentmihalyi has spent his 40-year career studying the phenomenon and developing techniques to help people spend more time in this state. He says in his TED talk (which I link to), that it takes 10 years of concerted practice in a discipline to even be able to get into the state of flow. So flow is the thing you want to be able to do in your chosen field.

If you are inclined to put your mental states into two buckets–System 1 and System 2–it seems that flow doesn’t fit into either. If you imagine these mental states on a spectrum where System 1 is the red end and System 2 is the blue end, flow would be ultraviolet. It is a kind of higher reasoning that you can do more or less automatically. Not that you are capable of spacing out during flow. But your concentration on the job at hand is so strong, the work merges with your life in a way that it no longer feels like work, but a truer expression of yourself. Those who Csikszentmihalyi studied most often said they were in a state of pure bliss when they achieved flow.

I am just beginning to try some of these techniques, so I don’t have anything worth reporting on it. The only place where I know I get into the flow is in the practice of Yoga, which I taught 30 years ago and have practiced ever since. But I hope to attain it often in my writing and content engineering practices in 2015.

I have always valued authenticity in my life and work, sometimes, to a fault. My tendency is to be too trusting, sharing things about myself that can later be used against me. As Herminia Ibarra claims in the Harvard Business Review this is a common trap for so-called “true-to-selfers”–folks like me who place a strong value on honesty, integrity, and transparency. According to Ibarra, sharing more than you need to can stunt career growth. So the challenge is in being true to myself while only sharing what is needed. I can be authentic by sharing nothing but the truth without sharing the whole truth.

The paradox of authenticity was a challenge for me in 2014. I returned from summer vacation to find a new mission on my plate–program director of taxonomy strategy for IBM. Though I grabbed hold of the challenge with both hands, I was open and honest with the large group of staffers and stakeholders in my first conference call on the job. I said it had been years since I’d worked in taxonomy on a day-to-day basis and I had a long learning curve. According to Ibarra, this was a mistake. New leaders are better off not revealing their weaknesses until they have gained the trust of all involved.

So, having failed at this important test, how did I recover? Well, just because it was a long learning curve didn’t mean it had to be a slow one. I dove into the research, trusting a new but very smart and experienced employee to help me filter and process it. In the process of descending the curve, I made several bold moves, including changing the scope and description of the position, and beginning a complete retooling of the taxonomy enterprise at IBM.

I won’t bore you with all the moves–I did something to move the mission forward every day. But I’m pleased with the results so far. The scrum team that I formed has made more progress in three months than had been made in the previous three years. And they’re just getting started. As important, I have regained what trust I lost in my initial admission of weakness.

The experience forced me to grow and learn a whole new set of skills, while refreshing others. Perhaps the most important skill I learned was to strike the right balance between authority and authenticity. It’s OK to admit your weaknesses, just don’t let others define you with them. That is a lesson I will carry into 2015 as my role continues to grow. 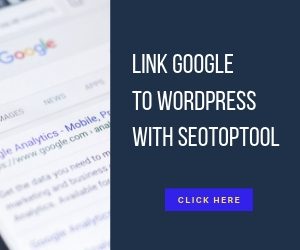